Transport System is one of the most important invention and development in the history of the human race. Without transportation human beings would be stuck within the barrier of small regions and explorations, which the very essence of social communication would be impossible. Before the invention of any sort of transportation, humans used to travel on foot, which is unimaginable if you think of traveling long distances in this age, when people are used to the luxury of cars, trains and planes that are taken for granted, but life was tough before. Thus, the evolution of transport system is of immense importance in human civilization.

Let us consider the transportation evolution in brief:

Transportation began in simple form with the usage of animals like donkeys, camels and horses in the 4000 BC-3000 BC. Back in 3500 BC, the first wooden wheels was invented in Iraq which slowly made way for the wheeled transportation.

In 7000 BC, wooden sledges were first used for carrying loads and people during hunting and fishing sessions in northern Europe close to Arctic. It is thought they might be pulled by dogs, while on icy grounds sledges can be also be easily pulled by a man.

The wagons were used more than 5000 years ago and was first used in the now Zürich. Running on two pairs of wooden wheels, the wagons were extremely heavy and used to get permanently stuck in the muddy tracks in those days, but are important as the first wheeled transportation.

About in 2000 BC in Mesopotamia, the horse-drawn two-wheeled wooden chariots came into being which had light wooden construction and were much more practical. These soon gained popularity and became the honorable transports of the royalty and nobilities.

In 6th century BC, canals for irrigation became essential in the Mesopotamian civilization. Several canals connected the two rivers of Euphrates and Tigris which gradually led to the development of waterways.

In the 17th century, when Europe didn’t have any roads but muddy tracks, carriages or coaches started becoming popular. These slowly become more comfortable and were first used in Berlin, Germany.

A significant development in the history of vehicles took place in America back in 1755 when George Washington needed transportation for his baggage train. This led to the usage of Conestoga wagons, the name coming from the Conestoga valley in west Pennsylvania, where these wagons were built. The need of mass transport for wars in long distances also led to the development of the railways, which eventually resulted in better transport networks.

The hot air balloon came into existence first in 1783, which came from the fervent wish of the humans to fly in the air. This indomitable wish gradually led to the invention of the modern day aeroplanes.

During the Industrial Revolution, the first modern highways came into existence with the pioneer John Loudon McAdam (1756–1836) who designed them. This led to the development of motor transport, as the paved and raised roads finally made it possible.

Back in the 1920’s the development of the modern cars were led by the three US automobile manufacturers, namely General Motors, Ford and Chrysler. Gradually, the modern day vehicles in various styles started coming in that ranges from, small hatchbacks, sports cars, luxury cars, SUVs, electric vehicles and Hybrid cars.

With many more stages in between, the modern human beings are now enjoying the luxury of superior comfort, style, safety and cutting-edge technology that the modern day vehicles provide – all thanks to the constant thirst for better things and exploration in human nature. 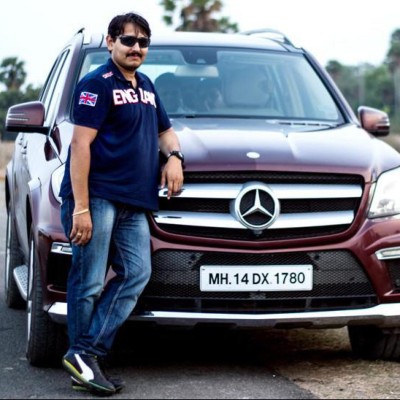 Different Types of Art Forms You Should Definitely Try

SANTHARA – A RELIGIOUS FAST TO DEATH

How music can affect your heart and brain

7 Reasons Why You Should Never Give Up