We are celebrating Indian Independence day since 1947 but are we Independent or free?

India observes Independence Day on August 15 every year. India turned into a free country on August 15, 1947, so a gazetted holiday is held yearly to remember this date.

The battle for India’s Independence started in 1857 with the Sepoy Mutiny in Meerut. Later, in the twentieth century, the Indian National Congress and other political associations, under the authority of Mahatma Gandhi, propelled a countrywide freedom development. Provincial forces were exchanged to India on August 15, 1947.

The Constituent Assembly, to who force was to be exchanged, met to observe India’s freedom at 11 pm on August 14, 1947. India picked up its liberty and turned into a free nation at midnight between August 14 and August 15, 1947. It was then that the free India’s first head administrator Pandit Jawaharlal Nehru gave his renowned “Tryst with Destiny” speech. Individuals over India are reminded to remember the importance of this occasion – that it denoted begin of another period of deliverance from the British imperialism that occurred in India for over 200 years.

What Do People Do?

Independence Day is a day when individuals in India pay reverence to their pioneers and the people who battled for India’s freedom before. The period paving the way to Independence Day is a time when significant government structures are lit up with series of lights and the tricolour shudders from homes and different structures. The broadcast, print and online media may have unique challenges, projects, and articles to advance the day. Movies about India’s freedom fighters additionally appear on TV.

The president conveys the “Address to the Nation” on the eve of Independence Day. India’s Prime Minister spreads out India’s flag and holds a speech at the Red Fort in Old Dehli. Flag hoisting services and social projects are conducted in the state capitals and frequently include numerous schools and associations.

Independence Day is a gazetted holiday in India on August 15 every year. National, state and neighbourhood government workplaces, post offices and banks are shut on this day. Stores and different organisations and associations might be closed or have lessened opening hours.Open transport is typically unaffected as the same number of local people go for festivities yet there might be substantial movement and expanded security in ranges where there are festivities. Autonomy Day flag raising functions may bring about some interruption to activity, especially in Dehli and capital urban areas in India’s states.

The game of kite flying symbolises Independence Day. The skies are specked with many kites flown from housetops and fields to express India’s free soul of India. Kites of different styles, sizes and shades, including the tricolour are accessible in the commercial centres. The Red Fort in Dehli is likewise a vital Independence Day image in India as it is the place where Indian Prime Minister Jawahar Lal Nehru disclosed India’s banner on August 15, 1947. India’s national flag is a  tricoloured  flag of deep saffron (kesaria) at the top, white in the centre and dull green at the base in similar extent. The proportion of the flag width to its length is a few. A naval force blue wheel in the focal point of the white band speaks to the chakra. Its outline is that of the wheel which shows up on the math device of the Sarnath Lion Capital of Ashoka. Its breadth approximates to the white band’s width, and it has 24 spokes.

Have we really achieved Independence?

We gladly guarantee that we are independent of a foreign rule, yet we are still not free from jealousy, narrow-mindedness and contempt towards our fellow countrymen. We are loaded with bitterness towards other religions, customs and often try to suppress the development of the other. We are tied in shackles of terrorism, false belief systems, debasement, public viciousness, and class – position refinements et cetera. We have a tendency to overlook that autonomy is living freely as well as allowing others to live freely.

Addressing the nation on the eve of 69th Independence Day, the Honourable President Pranab Mukherjee has rightly expressed his concern by saying, “the roots (of vibrant democracy) are thick but the leaves are beginning to wilt. It is time for renewal. If we do not act now, will our successors seven decades hence remember us with the respect and admiration we have for those who shaped the Indian dream in 1947?”

We celebrate Independence Day with great zeal and enthusiasm boasting about how we are a free nation, but our behaviour says that we are not still free. We take pride in others culture but not in our culture. We admire other countries but don’t want to count the good points we have. We aspire to go abroad for education avoiding the best resources we have. We, in fact, try to get hold of citizenship in other nations ignoring the fact where our roots lie from. We take pride in speaking a foreign language and fail to appreciate and learn our language. We recognise the foreign habits right from food to clothing and live no chance to degrade our culture. Let us collectively take this responsibility of being truly free – by realising that as we demand our rights, in the same way, we need to fulfil our duties too. No doubt we are independent, but we are monetarily paralysed. We often tend to think and do what others want us to do.

Do all these factors make us a free nation? Are we independent by mind? Are we worth the praise we get?

Sardar Vallabhbhai Patel once said – “Every citizen of India must remember that he is an Indian, and he has every right in this country but with certain duties.”

We Indians tend to have this notion of saying “Nothing can be done.” It’s unfair to pass such comment as if we try wonders can be achieved. It’s just a momentary laziness and lack of aspiration that has led to the situation we are living in. We are well-trained but not well educated enough to perform what our mind says.

What can be done?

It is like clay that you can mould to create, and it is up to you to create;

it is a choice to create.

Freedom is never giving up. Freedom is the absolute truth. and in truth there is valour…”

We need to stop comparing ourselves with other nations. Of course, we have far-reaching issues going on in our country where the solution seems to be drooping. But like the saying goes “The grass is greener on the other side”, we tend to see the good points in other countries and fail to look what we have. The youth has to be invoked with thoughts in educational institutions rather than always emphasising on the fact of being a graduate. We as people, shall take the responsibilities of our country and come forward to break all the shackles that have crippled our society to make it free and independent. Education is the sole solution for every problem we are facing. Instead of running away from the situation, we the youth of India should take control of the situation. We should try to educate people in the poverty line on means of leading a life that is worth. Let’s celebrate the 69th Independence Day just not as a holiday or a day for freedom sales but let’s celebrate the true spirit of independence by trying to bring the change we want to see.

“If I were asked under what sky the human mind has most fully developed some of its choicest gifts, has most deeply pondered on the greatest problems of life, and has found solutions, I should point to India.” – Max Mueller 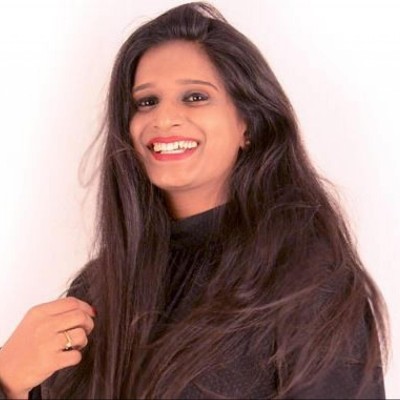 Engineer by education. Artistic by heart. I write to free my mind. I want to pursue my career in writing. Still an amateur but I have a long way to go.
sahana.g91@gmail.com
http://www.mashupcorner.com

Some Amazing Water Parks across the World

Fashion Hack: 12 amazing ways to look pretty with your t-shirt

11 Ways to Propose a Girl